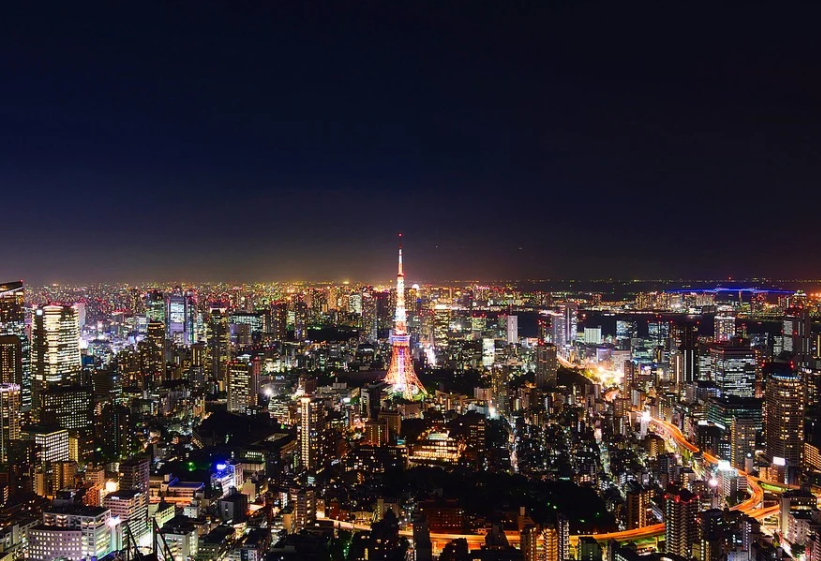 Today, the world stands as an interconnected place where people living at different geographical locations stand no more divided by the physical borders. It is true that residents living in different countries still foster different beliefs and unlike experiences, but the internet and mobiles have done a lot to bring people close to each other and to eradicate the differences. The nations have realized the importance of working together and are thus, contributing to make this world an interlinked global space.

New opportunities for trading and business are also opening up as a result. Many countries that require manpower are enticing ex-pats by providing good packages and windows to prosper. Following this, large scale migrations have taken place in the past few years. Japan is one country that is benefitting from these changing norms.

Japan is a popular destination among people who desire to move to a new place. The reason behind this has mostly to do with the country’s fast-paced growth. Now, Japan is a country that is rapidly climbing the growth ladder. People here are working innovatively and diligently to make the world a bustling, growing, and pleasant place. The delicious food that is native to this country adds more to its appeal. The traditions and customs that are respected and practiced here to this day also work in its favor.

So, if you are also one of those people who are quite fascinated by this country and would like to know some more about it before deciding whether you want to move here or not, then you will find this article useful. So, are you ready? Well then, come, let’s start!

What do you need to know about Japan? 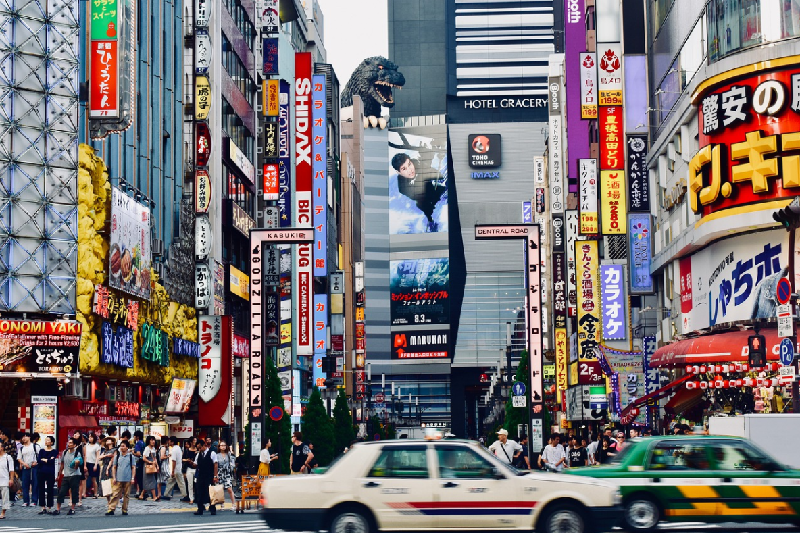 Every country has its own norm and culture that you are expected to be familiar with it in order to glide into the lifestyle of that region easily. So, if you are seriously considering migrating to Japan, then here is a list of things that will do you good to know well in advance.

The cost of living in Japan

Before moving to any new place, one of the few things that people must consider is the cost of living. Now, the cost of living in a place can broadly be described as the amount that you will be spending in meeting the basic necessities upon living there.

The cost of living in Japan is very high. One can understand this by the mere fact that Japan is considered one of the costliest places to live in the whole world. On an average basis, the monthly cost of living here is about 2500 to 2700 USD. The reason for this is the fact that Japan is an island country and is surrounded by water on all sides. As a result, a lot of stuff is imported in Japan, which makes a living here so expensive.

If you are about to move to Japan, it makes sense to know about the transportation rules and regulations followed here. In Japan, despite the high cost of living, transportation fares are not unreasonable. Most of the people here prefer using the metro or buses as means of commutation. The metro charges about 1.50 USD, while traveling through the bullet train makes you 185 USD lighter.

However, if you are not up for using the efficient public transport in Japan, then you can obviously use your own vehicle to commute between places. Japan drives on the left side of the road, and the signage here can be found in English or Romaji. International driving permits are allowed here, and the driver could use it in Japan for up to one year. 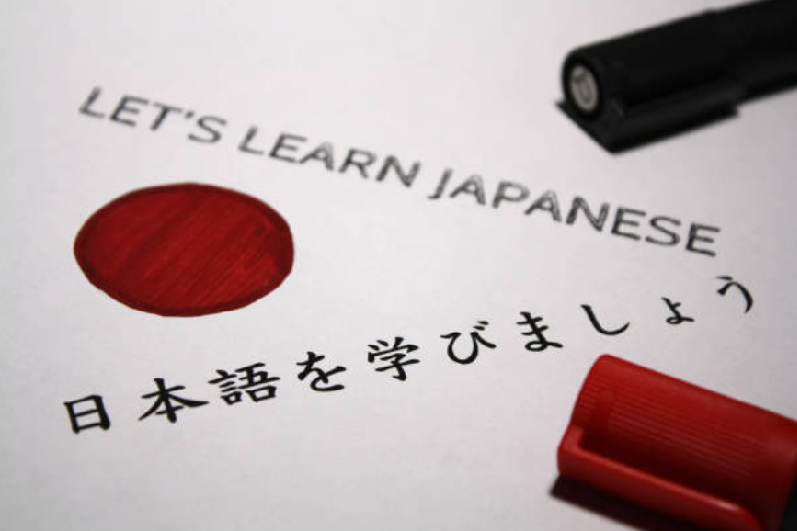 Upon visiting the country and interacting with the local clan, you will see that the Japanese people are very warm and welcoming. The natives here are really polite, and they are very accepting of others. However, one issue that you might face here is related to language. If you are migrating to Japan and do not have proper command over your Japanese, you can find it challenging to navigate your way here. You can find English signage and announcements, but it is not the general norm in Japan except for at major tourist destinations. Most natives here do not speak English, and some are simply shy to interact in a foreign language. However, in big cities like Tokyo, you can always spot University students who will be happy to help you.

No one wants to live in a dangerous place where their life or the life of their family members is in peril. Hence, it is a wise decision to be sure about the safety of a place before migrating. Now in terms of safety concerns, Japan is one of the best places to build a life. The crime rate here is very low, albeit, a large population. However, despite its low crime rate, one must bear in mind that Japan cannot be precisely termed as safe because of the natural calamities that this country witnesses. Every few years, the nation faces one disaster or other, but progressive work is being done in this department too.

In Japan, owning a property can make you rich. The renting expenses here are unusually high, especially when we are talking about big cities like Tokyo. However, there is one visible solution that you can use to solve your renting problems, that is sharehouses. Yes, sharehouses or borderless houses are spaces where people who belong from different countries share accommodation. Here you can rent a place to live at minimal costs. Generally, you are required to deposit 30,000 yen to make a reservation at the borderless house. However, at present, there is this autumn campaign under which no key money needs to be deposited. Another advantage of living here is that in Borderless House share houses, you find a friendly ambiance. Since both natives and foreigners live here under the same roof, therefore, forming bonds becomes relatively easy in sharehouses.

*Picture is from BORDERLESS HOUSE OMORI2

Education is the foundation of one’s character. If children have access to education and they are taught well in schools, then the chances are that they will develop into good humans. However, if education is not accessible because of some restrictions or high costs, then it can harm the growth of a country. The Japanese government and people understand this simple fact, and thus, they have developed a committed and robust education system. Both the native and foreign children here are provided free education leaving the parents to only worry about the cost of uniforms and other such small expenses. However, if you are not willing to send your children to public schools, your costs can range anywhere between 2,000,000 JPY to 2.3 million JPY annually.

Japan takes its social etiquettes very seriously; therefore, it will do you good to do research before you go out and about. Living in a borderless house can aid you in learning Japanese social etiquette and much more in a short time. However, for the time being, here are some basic things that you would need to know before settling in Japan.

For one thing, before visiting Japan, you may want to know about the greeting etiquettes. In Japan, the traditional manner of greeting requires one to bow down before another person. This would mean bending at your waist level while keeping your back straight. It is essential to note down here that the lower status person bows down first and more deeply compared to the elder.

Another thing about the Japanese etiquettes is that it is generally considered disrespectful to wear outside shoes inside homes or temples in Japan. The general custom is to change your shoes in favor of the inside slippers provided by the hosts. In many hotels, a separate set of slippers is offered to go to the washroom, which you must remember to not wear outside of the toilets.

In Japan, people traditionally use chopsticks to eat their food. Upon eating outside, you might come across many places that do not provide any alternative. Thus, it might do you some good to learn eating with chopsticks, and honestly, it’s not that hard. However, when you are using chopsticks, you might want to keep in mind a couple of things. You should never rub your chopsticks against each other to rid them of the residue. Such behavior is considered rude. Also, when you are done eating, you should never leave your sticks sticking into the bowls as that signifies a funeral. 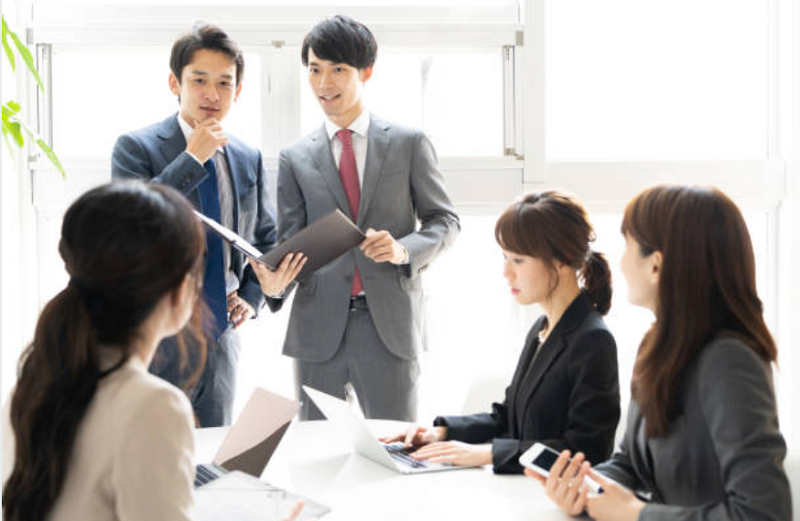 Finding a job in Japan is not exactly a difficult task, at least not as hard as it used to be a couple of decades ago. Presently, if you own a University degree and you have a refined skillset, then finding work in big cities like Tokyo is not impossible. One thing that can probably help you get hired in Tokyo as a foreigner is your command of Japanese. If you are proficient in the language and can speak it well, it should probably work to your advantage.

Now BORDERLESS HOUSE provides Housing and Career program that helps foreigners to land a job in Japan successfully while living in an international share house with locals. Join the

So, these are some crucial facts about Japan that you must be aware of if you are considering moving here.

Have a good day!